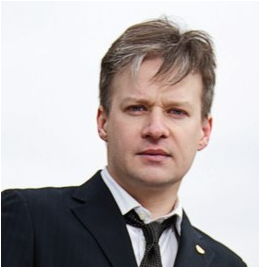 Start. Stop. Start. Stop. By learning from a stalled project’s mistakes, you can break the vicious cycle.

The evidence is there. All around the globe, high-profile projects have stalled. There’s a gaping hole in the ground in Chicago, Illinois, USA, from which the Chicago Spire seems destined never to rise. Regional conflicts plague the Trans-Afghanistan Pipeline project, which would transport natural gas through Turkmenistan, Afghanistan, Pakistan and India. In Moscow, Russia, the 118-floor Russia Tower remains only partially built after the project was halted in early 2009.

If these projects do ever start up again, the teams could potentially find themselves part of a vicious cycle.

«If the project stalled once, then it is likely it will stall again,” says Julian Homes, cofounder of Unified Process Mentors, an IT and project management consulting, coaching and mentoring company in Beaconsfield, Buckinghamshire, England.

The more time goes by, the more difficult it becomes to secure buy-in. “If the stakeholders survived the period without the resulting business value that the project was expected to deliver, they may determine they no longer need the value—or the project,” he adds.

It’s not always the easiest decision to shelve a project, but it’s usually for the best, Mr. Homes says. “The alternative is to continue down an unverified path with the risk of delivering an inappropriate result.»

Temporarily stopping a project gives its leaders a chance to assess the situation and consider whether to keep the initiative going or cancel it altogether.

The main culprits for project suspension are:

▪ The unavailability of stakeholders to make project decisions

▪ Changes in executive leadership, where the new sponsor wishes to reassess current investments and priorities

Stalled projects are more common in certain industries. For example, projects in the pharmaceutical field are infamous for being stop-and-go because of a lack of results or changing regulatory requirements.

«In highly mature organizations with well-structured portfolio management, projects are stalled with a certain frequency,” attests Jose Edu-ardo Motta Garcia, PMP, portfolio, program and project manager at Itaú Unibanco Holding S.A. bank in Sao Paulo, Brazil. “It especially happens in dynamic industries that are much influenced by external factors such as the economy and competition. This results in strategy changes, consequently changing the prioritization of projects.

«The most important thing is that the corporate culture be prepared for that kind of dynamic,” he adds.

One of the most famous examples of a successful project that experienced numerous starts and stops is the Acropolis Museum in Athens, Greece—a 40-year odyssey.

The project didn’t even make it out of the design phase without multiple suspensions. Four competitions were held over the years to pick an architect for the museum, but delays ensued due to a lack of enthusiasm for the chosen project site. In addition, the results of one competition had to be nullified when archeologi-cal remains were found on site. The project team decided to incorporate this new discovery into the museum’s design.

In June 2005, the project stalled again when the construction contractor ALTE was pulled for financial reasons. Two months later, the Greek Ministry of Culture awarded Aktor the project. The firm decided to stick to as much of the original plan as possible.

«Aktor’s decision to keep the same design team as the initial contractor was a very clever decision because there was continuity at the project with no significant changes,” says Theofanis Giotis, PhD, PMP, president and CEO of 12PM Project Management Services, a consultancy and training firm in Athens, Greece.

That’s a lesson all organizations should take from the Acropolis Museum megaproject. “Continuity and sponsor support on a restarted project are the most important issues,” Dr. Giotis says. “When a project is restarted, and there is no continuity on some level or there is no clear sponsor support, it is very difficult for the new project management to be successful. But if the support of the sponsor is unreserved, the project management team can do miracles.»

STARTING ALL OVER AGAIN

When a stalled initiative gets the green light again, project managers and team members often can’t just go on exactly as things were before. The restarted project should be viewed as a new effort altogether, Mr. Homes says.

«It is important when restarting the project to revisit the original vision and scope to ensure that it can continue from where it left off, which is typically not the case,” he says. “Not fully understanding that change and assuming that a similar path will still deliver is not wise.»

Don’t rush the process. “Upon restarting, the team may be under pressure to deliver quick results, leading to them not performing a full assessment of the change and resulting in trouble later on,” Mr. Homes adds.

Clearly identify the stakeholders and their real needs in line with the objectives of the project, he continues. This will be a three-part process:

1. Have stakeholders express their expectations.

2. Determine what expectations are necessary, which are “nice to haves” and which are contradictory.

3. Prioritize this “wish list,” seeing which goals will truly deliver value to stakeholders and to the organization, as well what you can afford in regard to available resources.

If that makes a restarted project sound like a completely new initiative, then you’re on the right track, says Mr. Lazar, who’s also partner at Valense, an organizational consultancy.

«Of course, do not forget to get a look at the documents and lessons learned from the previous project,” he adds.

Some of the first documents you should get your hands on are the risk register and issue log. “Those elements will really tell you what happened before, and why,” he says.

It might also be necessary to redo the project kickoff, Mr. Motta Garcia says, especially if many new team members are involved or stakeholders have changed.

There should also be an assessment period that includes a gap analysis of stakeholders to identify changes involved.

«Only after these steps should we start to review the scope, time and other items,” Mr. Motta Garcia says.

Initiate a conversation with the project leaders and team members who worked on the effort before it was suspended but are no longer involved. These individuals will have some of the best insights into any problems the project suffered from and what can be done to make sure the project is not put on hold again.

«Get to know the old team members, interview them and listen to their grievances, if any,” says Ardi Ghorashy, PMP, PgMP, program and project manager at Aon Reed Stenhouse Inc., an insurance brokerage and risk management firm in Toronto, Ontario, Canada that’s part of the umbrella company Aon.

A caveat: Don’t take everything they are saying to heart, especially if they bristle at your questioning. “When talking to the members of the previous team, be careful with the psychological bias from the ‘failure syndrome,’” Mr. Lazar says. “People may have a bad perception of putting their project on hold or cancelling it, and may show a negative attitude toward its reactivation.»

Remember that failed and stalled projects are part of every project manager and team member’s life. “Project team members shouldn’t be affected negatively if a project is killed or stalled,” Mr. Giotis says. “Positive psychology is very important. Team members should learn from the past, but they must always look ahead.”

> THE PEOPLE SIDE OF STALLED PROJECTS

An essential step in getting stalled projects going again is to establish buy-in from team members—whether they were part of the original effort or not.

It’s more of a psychological than an operational issue.

«When putting a project on hold, you have to dismiss resources who were working on it. And depending on the time elapsed before you restart it, people have gone through the mourning phase and they have moved on to something else in their mind,” says olivier lazar, pMi-rMp, pMp, Altran Education Services, Geneva, Switzerland. “Recovering the motivation and the commitment of a project team in these conditions is very difficult.»

To help recover a team’s enthusiasm as well as its confidence, project managers must manage the emotions around a stalled project as quickly as possible, suggests Ardi Ghorashy, PMP, PgMP, partner at Eighty:Twenty Consulting Inc., a project management consultancy and coaching and training firm in Toronto, Ontario, Canada.

Walk through the project, step by step, with the new and old team members alike.

> How to Restart a Project

«Revisit the vision, confirm the key value that the stakeholders want from the project, reengage the right— and possibly new—stakeholders, and reconsider the solution architecture and technology to validate that it still remains fit-for-purpose,” says Julian Homes, Unified Process Mentors, Beaconsfield, Buckinghamshire, England. “This process need not take weeks; a few hours of the whole team’s time can identify many of the impacts of change very quickly, allowing subsequent progress to be made whilst impacts are managed.»

1. Getting enough information on why the project was stopped in the first place

2. Reconfirming that it should restart

3. Collecting information on where the project currently is

5. Managing the emotions around restarting—some people may have had bad experiences, some may have emotional attachments, some may disagree

6. Communicating the need to restart the project